Welcome to our news and blogs

Click here to return to our News and Blogs page 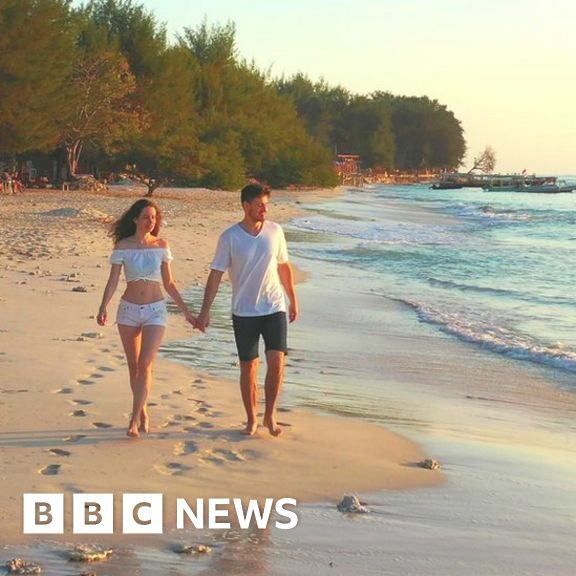 My dear friends and business partners here at Bali,

The last 2 years have been very demanding for us here at Bali. Many things have changed. Nowadays, we are all the happier about the latest developments here at Bali. Now we hope that the G20 main event here at Bali will have a catalytic effect on the island’s tourism industry. On this opportunity I would like to thank the BBC and Richard Baimbridge for a very good article about Bali’s recovery. You can find the initial publication at https://www.bbc.com/news/business-61992300

Thank you to everyone here at Bali and at the BBC.
Pak Kriss, German Expat at Bali

The island of Bali has reopened and is counting on visitors once again.

Expat and holiday sector executive Pak Kriss believes Bali’s tourism will recover, but it will take a decade.

The airport on Bali can be seen clearly from the home of German expat Pak Kriss, who lives high on the cliffs overlooking the Jimbaran resort area.

Mr. Kriss points out that the airport, which consists of a single runway extending into the ocean, saw its pre-pandemic peak when it was used to transport more than 6.3 million international tourists to the Indonesian island.

Then, he says, „one day… nothing,“ gesturing with his hands. He thought it would be over in a few weeks, but it lasted two full years.

One million international guests visited the island in 2020, almost all of them arriving before March, when Bali and the rest of the world went into lockdown. In the following year, 2021, only 45 foreign visitors were reported to the island. Really, there are only 45 of us here.

For decades, Bali has been a go-to vacation spot for countless people.
In February, Mr. Kriss anxiously awaited the arrival of the first international passenger flight in 24 months, which had departed from Singapore.

The event was even recorded on the expat’s phone, as he runs a web design and digital marketing company that serves the local tourism industry. After the island of Bali abandoned quarantine regulations for international visitors back in March, he shared the optimism of many locals.

In his home office, he checks the latest visitor numbers on the computer screens and says, „There’s little cause for celebration.“

Mr. Kriss predicts that it will take 10 years before Bali’s population returns to its pre-coronavirus levels.

He believes that foreign visitors are hesitant to visit more remote destinations such as Bali due to a perfect storm of the Ukrainian conflict, global inflation, and ongoing concerns about Covid-19.

Drive through the once-bustling tourist centers of Kuta, Seminyak, and Nusa Dua, and you’ll see the effects of Covid, which has had a devastating effect on an industry that accounts for more than 60% of the island’s economy.

Many of the island’s tourist establishments, including stores, bars, restaurants, nightclubs, and villas, have closed down or been abandoned. The island’s dense jungle has even reclaimed some of these buildings. There used to be a lot of people out and about from places like Australia, Asia, and Europe, but now it’s eerily quiet.

In popular tourist areas, many businesses remain closed.
In April, Made Suryani reopened her tiny souvenir shop near the Club Med Beach resort in Nusa Dua, despite the fact that most of the other retail units beside her are still closed.

She claims that before Covid, „in a good month, I could earn more than two million rupiah“ ($140; £116). That was close to $2 per hour less than the minimum wage in Bali.

„It’s not uncommon for me to earn 50,000 rupiah in a week now. I had to borrow money from my relatives just to get by, and I have no idea how I will ever be able to repay them „‚She’s saying,‘ we interrogate.

A section of the Nusa Dua shopping and dining complex Bali Collection, once home to some of the island’s finest eateries, is now barricaded and deserted. Approximately 80% of the remaining units are currently unoccupied.

Despite her hardships since the pandemic began, Made Suryani maintains an upbeat attitude.
Kiran Vijay, who owns a crafts and jewelry shop in the complex, laments, „Most of these businesses are gone for good.“

He praises the site’s management, saying that their generosity has allowed tenants to live there rent-free for the better part of two years.

Mr. Vijay counters that the number of tourists has dropped from as high as 5,000 a day before the pandemic to only a few hundred now. He continues, „They are going to have to reduce rents considerably in order to attract new tenants.“

However, there are a few bright spots. Villa rental prices have almost returned to pre-Covid levels thanks to the 110,000 strong expat community in Bali, which includes many digital nomads, yogis, and surfers.

Unexpectedly high demand has led to a swell in bookings at Bali’s five-star resorts. However, most of these sightseers are Indonesians from other cities, primarily Jakarta and Surabaya, Indonesia’s two largest.

At the moment, visitors to Bali are more likely to come from other parts of Indonesia.
The cost of traveling to Bali would have dissuaded many of them before Covid-19. But now that tourists from other countries are temporarily absent, Indonesian booking sites are offering steep discounts and unique perks like free helicopter rides.

However, many hotel employees are still paid at a reduced rate, with some earning as little as 10% of their pre-pandemic salaries. However, any money is better than none for them and the resorts.

Hotel workers and others in the hospitality industry who were initially laid off during the lockdowns returned to their rural communities to tend to family farms. Others predicted total anarchy in Bali as a result of the pandemic, but the island’s strong family ties and Hindu culture allowed people to persevere.

Meanwhile, since most properties in Bali are purchased with cash, business owners didn’t have to worry about foreclosure.

Visitors are also drawn to Bali by the island’s distinctive Hindu culture.
Advantage Travel Partnership is the trade group for independent travel agencies in the United Kingdom, and its CEO is Julia Lo Bue-Said. It may be „slower to rebound“ than holidays within Europe, she says, but „the appetite is there and growing“ for long-haul travel from the UK to places like Bali.

„Long haul will see a significant growth in the next 12-18 months as people are still eager to explore, travel, and have something to look forward to, banking lifelong memories,“ despite the cost of living crisis.

Mr. Kriss is confident that Bali will regain its former glory in due time. Aside from the abundant natural beauty, he also praises the warm hospitality and tolerant demeanor of the Balinese people.

He confidently asserts, „Bali will come back as strong as ever.“ „That is something I know for certain. The Balinese believe in karma and are therefore patient and optimistic, even if it takes years for something to happen.“

Click here to return to our News and Blogs page

The most important aspects of quality are anchored in the concept of quality management and these are equated with a culture. There are many aspects of quality in a business context, although primarily the idea is that the business produces something, like our services. These services and their creation include many types of processes, procedures, equipment, and investments, all of which fall under the quality umbrella.

Is your website’s Google PageSpeed Insights score lower than it should be? Here’s a simple solution.

Most of the time, the outcome is discouraging.

There are a lot of posts on Facebook groups about this topic that say, “Please help – my PageSpeed scores are bad.” or “How can I improve my Google Page Speed score?”